Desert Mountain Broadcasting has made it a point to be the radio leader in Billings for community service.  9 years ago – when we were Connoisseur Media – we developed a PSA plan that was named “Connoisseur Cares..” We felt like in our community, we needed to focus on the current issues at hand, and in 2013 we launched “Love Billings.”  Love Billings began as an anti- bullying campaign and morphed into local problems.  Our LOVE BILLINGS campaign is a highly visible program that has created a community based awareness of a number of pressing issues in our local market!  Over the past several years, we have partnered with local businesses in the community that have expressed that they pride themselves in helping, rather than just branding.  Basically, our  “Love Billings” program brings focus to the local issues that are plaguing our community.  We will continue to uphold the standard as the public radio voice in the Billings community! 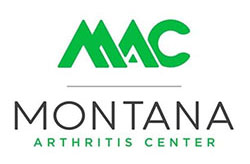